This site is intended for healthcare professionals licensed in the United States. If you do not match this description, please contact us.

Fill out the form below with your information and two dates that would work for you, and we will do our best to accommodate your needs.

Thank you for contacting Neurocrine Biosciences for your unsolicited Medical Information request regarding INGREZZA® (valbenazine) capsules and the effect of baseline severity of tardive dyskinesia (TD) on TD response.

INGREZZA is a vesicular monoamine transporter 2 (VMAT2) inhibitor indicated for the treatment of adults with tardive dyskinesia.

Using the KINECT 2 population, CFB in AIMS scores (VBZ vs. placebo) were further explored by baseline TD severity. All subjects had qualitative assessment of moderate or severe TD at screening to meet the inclusion criteria, but given the variable nature of TD some subjects had mild or minimal TD at baseline assessment. 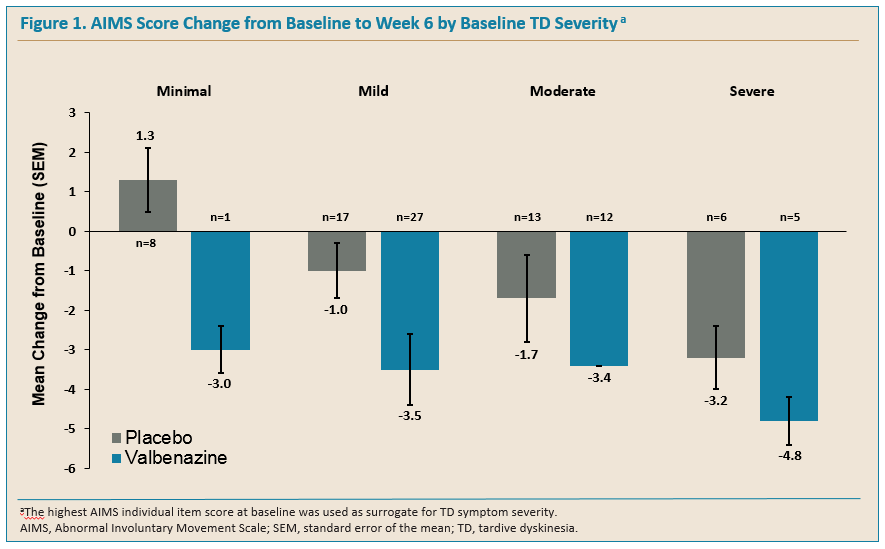 This letter and the enclosed material are provided in response to your unsolicited medical information inquiry. Please feel free to contact Neurocrine Medical Information at (877) 641-3461 or medinfo@neurocrine.com if you would like to request additional information.

Need to get in touch with us?